David is a resident of Miami Township, Oh and a graduate of University of Dayton and West Carrolton High School. He is a former employee of General Motors where he was a Computer Programmer from 1967 till 1973. At this time he had a burning desire to take his part time business to the next level and work it full-time. With the support of his wife Brenda he took the plunge. He appreciated his GM experience but did not want to spend the rest of his life wondering what if.

After working part time for his father-in-law, Clancy Inman, from 1967 till 1969, David bought Inman Fence Service for $ 500.00 in January of 1970. This included the inventory and a 1954 Ford Pick up which served us well for many years to come. The initial company was a partnership between David and his Father, Bill Fraley. They worked together until 1972 when steel prices drove the price of chain link fences to $2.00 per foot installed. Bill sold his half to David for $2,500. "People will never pay that high price for a fence" was part of his reasoning.

The business continued as a family affair for years to come. Mom was the secretary for a while, Aunt Pat ran the store for several years. All our children worked at times as well as many of the cousins. Today, Jeff Fraley (Brother), Mark Fraley (Cousin) and Benji Kreitzer (Son-In-Law) all work full time in the business. All our other staff and employees are like family. We take pride in our crews. 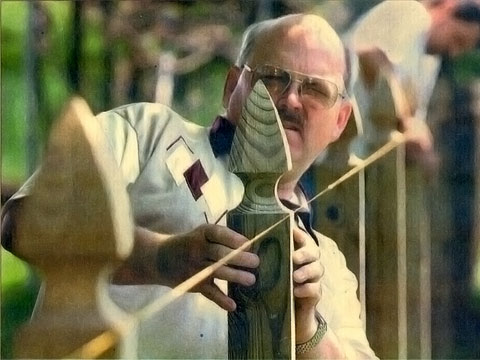 Cedar Grove Fence currently has an office and warehouse in Miamisburg, Ohio. The crews are employees of the company and are covered by Workers Comp as well a full liability insurance.

Cedar Grove Fence Specialists carry $2 MILLION in Liability Coverage. All employees are covered by Workers Compensation Insurance. David Fraley heads each and every installation of their fencing products. Members of:

Just wanted to thank you and your team for doing such a great job putting up my fence. It is just what I need for a little privacy and still not feel closed in. It looks great and I have gotten several compliments on how much nicer it makes my backyard look. Thanks to all for doing such a good job.